Any Other Proposal than Morocco’s Autonomy Solution Would Dangerous: MEPs 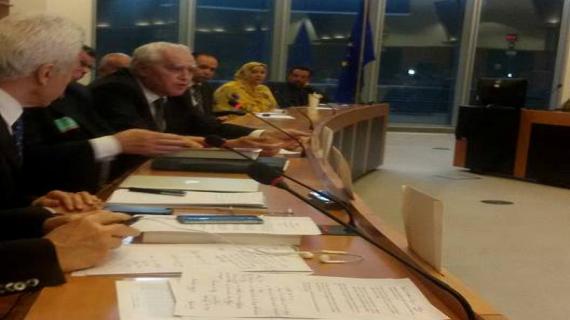 Any other proposal than the autonomy solution for the Sahara proposed by Morocco would be “irresponsible, even dangerous”, several MEPs said on Thursday in Brussels, on the occasion of a European Parliament debate on the Sahara issue.

“The autonomy solution for the Sahara proposed by Morocco in 2007 is the only credible and viable option for our security, both in Morocco and in Europe”, they underlined in a statement released following this debate held by the EU-Morocco friendship group on the occasion of the presentation to the European Parliament of the book: “Moroccan Sahara: the case of an artificial conflict,” recently published in France under the supervision of Charles Saint-Prot, Jean-Yves de Cara and Christophe Boutin.

In this statement, MEPs Gilles Pargneaux, Rachida Dati, Cristian Dan Preda, Dominique Riquet and Robert Rochefort call upon the United Nations to defend this position, pointing out that ”a few days before the resolution of the UN Security Council on the Sahara, it is essential to remember law and restore truth: the Sahara conflict is artificial”.

These MEPs from different political groups stressed that ”Morocco has promoted development and security of the southern provinces for over 40 years, in exceptional proportions”, adding that this is a message they want to convey and confirm to defend “the right, nothing but the right, in the interests of the African and European stability”.

The MEPs also underlined their support to Morocco.

“The Kingdom of Morocco can count on the friendship group and its members to objectively support these vital and common causes within the EU”, ‘ the statement added.