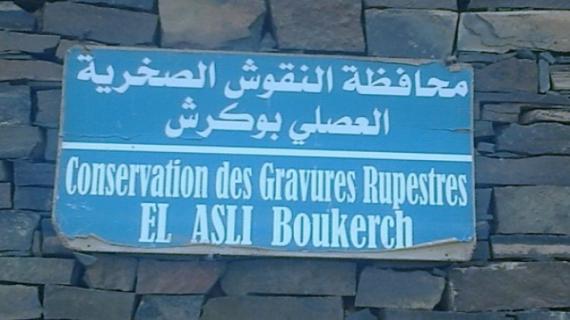 The museum of Asli Bokarsh, located 11 km far from Smara on the main way to Laayoune, is at risk of being robbed and vandalized, as there is currently no one in charge of its security.

Despite the huge sums of money that were spent to build the museum and to organize an international conference about saving rock arts last year in Es Smara, all the words, speeches and recommendations that were said during the conference were not acted upon.

Today, the museum is left without any security. The only security guard was forced to leave the site as he was not receiving any income and thus could no longer afford to remain living far away from water, food and electricity.

Mr.Biba Mohammed Moloud, the governor of the museum, told MWN that “It is unacceptable to let this national and human heritage unprotected. The local authorities and the Ministry of Culture must react before it is too late.”

“Dogs cannot protect the site on their own because they will die soon or leave the site as there is no one to give them water and food in the middle of the desert” he added.