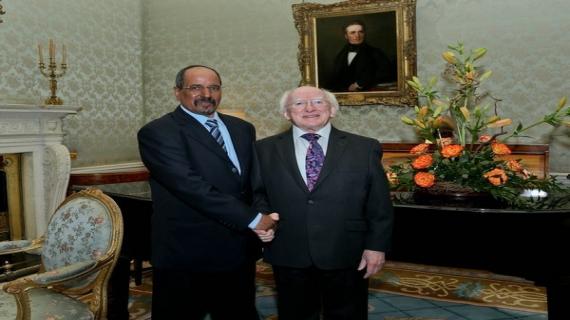 ranted October 24, 2012 by the Irish President Michael D. Higgins to the head of the Polisario, Mohamed Abdelaziz, continues to swirl in Ireland.

Thus, the association of Moroccan-Irish friendship, established in the town of Ennis, decided to boycott the Christian feast of Saint Patrick's Day, which takes place today, Monday, March 18 in Ireland.

In a letter to the Mayor of the town of Ennis, the association of Moroccans living in Ireland noted that members of the Moroccan community in Ireland were "surprised and deeply hurt to see the Irish Government  give credibility to an organisation like the Polisario with  no consideration to the sensitivity of this issue to the community. "

Mohamed Abdelaziz was received by the Irish President Michael D. Higgins in Dublin  on the 24th October during a visit by the Polisario to Ireland.

He was also received by Deputy Prime Minister Eamon Gilmore which expressed its alignment with theses concerning Algerian Moroccan southern provinces, he also met the Minister for Agriculture Simon Coveney and the leader of Sinn Fein, Gerry Adams.