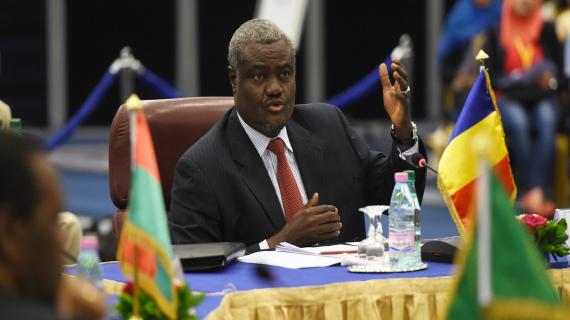 The African Union Commission (AUC) expressed, on Monday in Addis Ababa, its support for a "consensual" solution to the artificial conflict over the Moroccan Sahara, welcoming the intention of the new representative of the UN secretary-general, Horst Köhler, to launch a new initiative for peaceful settlement of the conflict.

AUC chairman, Moussa Faki Mahamat, lauded the lowering of tensions over Guerguerat, the appointment of a new personal representative of the UN secretary-general and his intention to launch a new initiative for the peaceful settlement of the conflict.

In a speech at the opening of the 29th Summit of Heads of State and Government of the African Union, which opened Monday at the headquarters of the Pan-African organization, Mahamat said he was "concerned" by the "current impasse" over this dispute.

It is a new course advocated by the African Union, which takes note of Morocco's solid arguments concerning its Sahara and of its serious and credible efforts recognized by the entire international community to move towards a final settlement of this artificial conflict, said an African expert on the issue.