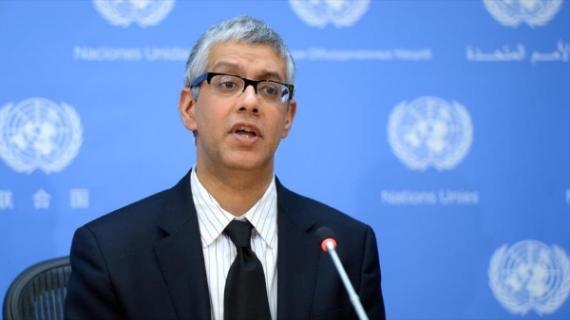 Ban Ki Moon, the Secretary-General of the United Nations, reacted to Morocco’s harsh criticism of his “occupation of Sahara,” among others, comments during his visit to Tindouf and Algiers recently.

Ban Ki Moon’s spokesman, Farhan Haq reacted to the remarks saying that “the Secretary General considers himself and the United Nations as neutral partners on the issue.”

“Mr. Ban did everything he could to resolve the situation in Western Sahara which has lasted for some time. The Secretary General wanted to make sure that in the last year of his term, this problem will be included in the international agenda,” Mr Haq added.

It is worth reminding that Morocco considered some words Ban Ki Moon employed during his last visit in Tindouf and Algiers as departing “from terminology traditionally used by the United Nations in the Moroccan Sahara,” further stressing among others that “this type of semantic slippage dangerously undermines the credibility of the UN Secretary General.”