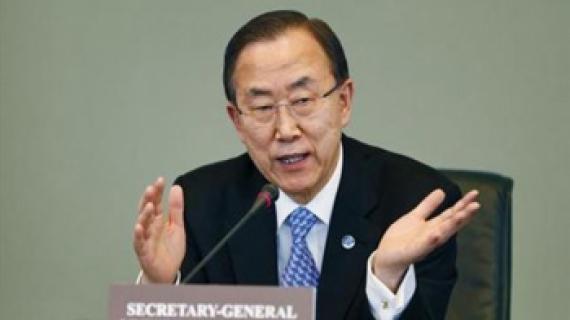 UNSG Ban Ki-moon has underlined that the mounting instability and insecurity in the Sahel region requires an “urgent” settlement to the Sahara conflict.

“The rise of instability and insecurity in and around the Sahel requires an urgent settlement of this long-standing dispute”, the UNSG said in its latest report on the Sahara issued Monday.

In this report, Ban voiced concern over the security of MINURSO staff, saying that ongoing operations in northern Mali can threaten the region in the long run.

All Governments consulted, during visit by UNSG personal envoy Christopher Ross, raised serious concern over the risk that the fighting in Mali could spill over into the neighboring countries and contribute to radicalizing the camps populations, he said.

He noted that difficulties during the period continued to hinder progress towards a just, lasting, and mutually acceptable political solution, regretting that the negotiation process remains at a stalemate because the two parties have refused to move beyond presenting and defending their respective proposals.