Biadillah: A solution in Mali is not viable without Morocco 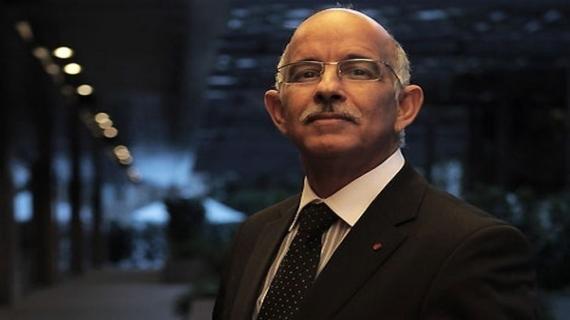 Rabat: The President of the House of Councillors, the lower house of the Moroccan parliament, Mohamed Cheikh Biadillah, made this statement during an interview with a Saudi newspaper based in London.

Mohamed Cheikh Biadillah, the 4th man in constitutional power in Morocco, President of the Chamber of Councillors (Senate Morocco), covered issues and current developments in the Sahara region of Morocco, the Sahara and the Sahel.

Himself a founding and former member of the Sahrawi Polisario Front and a doctor, Mohamed Cheikh Biadillah stated that "any solution to the conflict Mali, conceived without Morocco, would be a sheer waste of time."

According Biadillah the kingdom is a reference for theTuareg both, moral, religious, tribal and historical "ties of the Sahel Tuareg and their tribal ramifications back up in the center of the kingdom, in the region of Souss around the historic city of Tiznit "said Biadillah.

"Culture and Hassani, Assabia Kheldounia 'bind us all, Soussi, Sahrawis and Tuareg" analyised the Moroccan parliamentary president, indicating that only Morocco can innovate a real solution for Mali, thanks to its credibility with the historico-religious Malian people as a whole.

Biadillah then stressed that "the deterioration of the security situation in northern Mali and throughout the region, constitutes a danger, although distant, but clear, to our national security."

Referring to the Sahara, Biadillah enthused by explaining that in the era of globalisation and ICT, it is inappropriate to reduce the Saharawi primitive cultural forms.

Young Sahrawis are in tune with the times, he said, explaining that the clutter with stories of Khaima (tent) erected as a symbol of the tribal culture of the Sahrawi, is now outdated in favor of "the time of the Khaima which is electronic and virtual. "

His interlocutor journalist Acharq Al Awasat, then drew his attention on the fact that prisoners in Tindouf, still live in tents and Biadillah answered : "If the tents are of misery, oppression and deprivation ".

He did not fail to laugh at the initiative of Christopher Ross, who has been in the organization in Portugal, a cultural day on the 'Sahrawi Khaima, in order to meet the Sahrawi Unionists and separatists in Biadillah say that it was "a laughable meeting".

When the questions turned to the trial recently held in Rabat of 24 'murderers of police officers' at Gdim Izik Biadillah has said that "these are false questions concerning the sentenced Sahrawi who were criminals and not anything to do with militants. The trial was open to all, fair and transparent, the court was certainly military, but it was headed by a civilian judge, "he said.

Mohamed Cheikh Biadillah then concludes that the 24 convicted, slaughtered 11 policemen, like the Algerian jihadists.