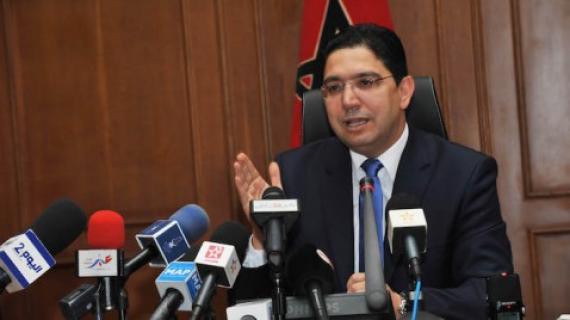 Morocco has not tinkered with the mandate of the UN Mission in the Sahara (MINURSO), Foreign Affairs minister, Nasser Bourita claimed on Friday, acknowledging the importance of preserving the ceasefire agreement still in force.

â€œMorocco has submitted to the UN SecretaryGeneral’s office a list of 84 people concerned by the significant reduction of the civilian component of MINURSO Bourita told a press conference in Rabat.

The minister was however quick to add that the decision â€œdoes not affect the mandate of the mission which has no political role, but a military one and that is to preserve the ceasefire agreement.

Bourita bemoaned repeated â€œdaily misconducts ostensibly by personnel of the civilian component of the mission, who overstep their prerogatives and write biased reports to the UN Secretary General.

He reasoend that such situation provided the fertile ground for the rationale behind the controversial speech by the UN scribe while on a recent trip to the region.

Speaking about the cancellation of Morocco’s voluntary contribution toward the upkeep of MINURSO, Bourita pointed out that the kingdom’s taxpayers cannot pay for the running of a mission that considers them occupants of the Sahara enclave.