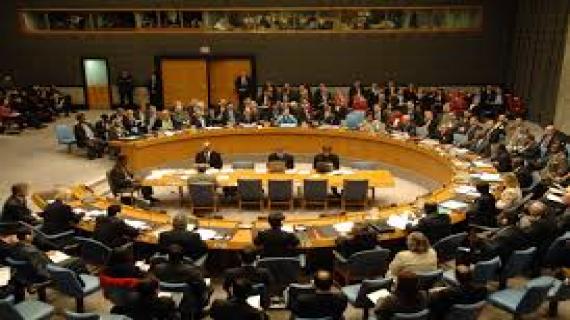 The Security Council adopted on Thursday morning in New York a new resolution that will prolong the mandate of the United Nations Mission in the Sahara, known by its French acronym as MINURSO for one more year until April 30, 2014.

As in last year’s resolution, the Security Council renews its call on parties to the conflict, Morocco and the Polisario Front to conduct negotiations, without preconditions and in good faith, taking into account the efforts made since 2006 and subsequent developments, with a view to achieving a just, lasting, and mutually acceptable political solution.

The resolution, which was adopted by consensus, makes no mention of a human rights monitoring mechanism in the Sahara.

Like last year’s resolution 2044 (20120, it stresses its preliminary paragraphs “the importance of improving the human rights situation in Western Sahara and the Tindouf camps, and encouraging the parties to work with the international community to develop and implement independent and credible measures to ensure full respect for human rights, bearing in mind their relevant obligations under international law.

The new element added in this year’s resolution is the call made by the Council to the parties “continue in their respective efforts to enhance the promotion and protection of human rights in Western Sahara and the Tindouf refugee camps.”

The Council also reiterates its “request for consideration of a refugee registration in the Tindouf refugee camps.”

The resolution calls in its operative paragraph 3 on the parties to “cooperate fully with the operations of MINURSO, including its free interaction with all interlocutors, and to take the necessary steps to ensure the security of as well as unhindered movement and immediate access for the United Nations and associated personnel in carrying out their mandate, in conformity with existing agreements,” while renewing its call to Morocco and the Polisario to endorse the recommendation in the report of 14 April 2008 (S/2008/251), which states that “realism and a spirit of compromise by the parties are essential to achieve progress in negotiations”.

It also affirms support for the UN Secretary General’s personal envoy, Christopher Ross towards a solution to the question of Sahara and calls for “renewed meetings and strengthening of contacts”.