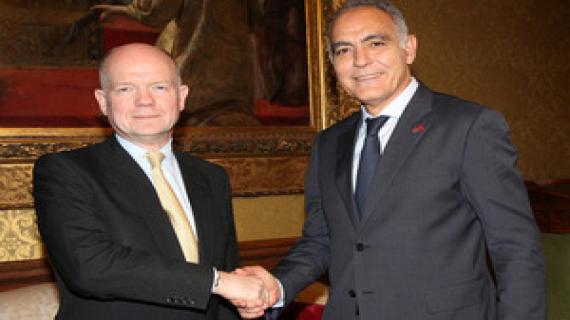 "The United Kingdom supports any proposal that favors a political settlement to the Sahara issue" and recognizes Moroccan efforts to reach a final political solution to the artificial conflict around the Sahara issue, Mezouar told reporters following a meeting at the Foreign Office with British foreign secretary, William Hague.

"Morocco will not stand idle in this standstill caused by the Polisario rigid and adamant attitude, but will continue sustained efforts for the social and economic development of the southern provinces, in parallel to its efforts for a political settlement", added the minister who also recalled measures taken by Morocco to promote and consolidate human rights and reinforce investments and job-creation for the local population.