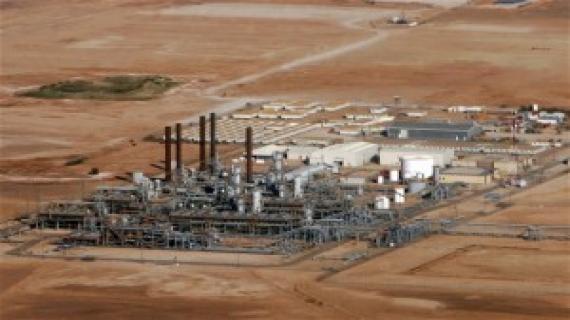 A Briton was among two foreigners killed and six people hurt in an attack by suspected Al-Qaeda loyalists on a bus in Algeria, who later took hostages at a nearby gas field, media reported.

“A second person, a British national, died in the terrorist attack carried out early on Wednesday morning in Tigantourine,” the APS news agency said, citing local officials but without identifying the nationality of the other person killed.

Britain’s Foreign Office was unable confirm that a Briton died in the raid, which took place near the In Amenas gas field, close to the Libyan border, saying only that “British nationals are caught up in this incident.”

“We can confirm that there is an ongoing security incident at the In Amenas gas field,” BP said late Wednesday.

“The site was attacked and occupied by a group of unidentified armed people at about (0500 GMT). Contact with the site is extremely difficult, but we understand that armed individuals are still occupying the In Amenas operations site.”

“Our absolute priority is the safety and security of our staff,” BP added, saying “we do not yet have confirmed information on the status of personnel at the site but believe some are being held by the occupiers.”

“We are attempting to get confirmed information at the moment as to whether there have been any injuries to personnel at the site.”

Earlier, Algeria’s interior ministry said one foreigner had been killed in the attack on the bus, and six people wounded, including two foreigners, two police and two security agents.

The ministry said the Islamist attackers, after being repelled by security units escorting the bus to In Amenas airport, headed to the oil workers’ base, taking an unknown number of them hostage, including foreigners.

Separate sources have said five Japanese, a Frenchman, a Norwegian and an Irish citizen were among those kidnapped.

In a phone call with AFP, one of the attackers claimed they were Al-Qaeda loyalists who had slipped into Algeria from northern Mali, where France is currently attacking Islamist positions.