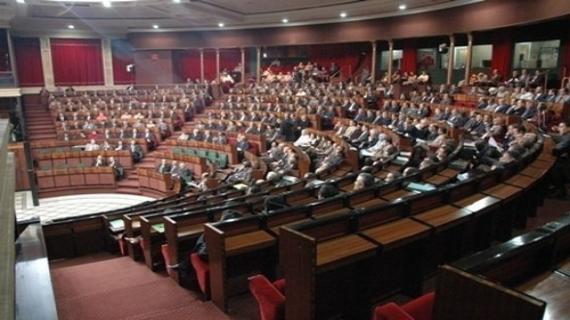 Both opposition and majority groups at the chamber of advisors (upper parliamentary chamber) rejected on Tuesday the proposal to broaden the mandate of the UN Sahara mission to embrace human rights monitoring, calling it a project that affects Morocco’s sovereignty and a dangerous deviation in the UN settlement process.

Underlining that the settlement process requires consensus rather that imposed and unilateral initiatives, the chamber expressed “anger and concern” for the potential effects of such a move on the ongoing settlement process.

The majority and opposition groups called the UN Security Council members and all peace-loving countries to ponder on the negotiations started five years ago to identify which party is positively endeavoring for a fair and lasting settlement to the conflict and which party is protracting for reasons known to all.

The Istiqlal group (majority) considers that the initiative is extremely dangerous for Morocco’s sovereignty over its southern provinces.

In the same vein, the socialist group (opposition) “firmly rejected attempts to alter the UN Sahara mission mandate, outlined by the United Nations since the 1991 cease-fire”. “This unexpected and unilateral decision follows word by word the proposals of Algeria and the Polisario who call for putting the human rights situation under the MINURSO monitoring”, says the Socialist group.

For the opposition Constitutional group, “the goal of this initiative is to deviate the negotiation process, to which Morocco has adhered efficiently”. It also seeks to stall the quest of a political and objective solution to this conflict, the constitutional group said.