Christopher Ross sets out on a new mission 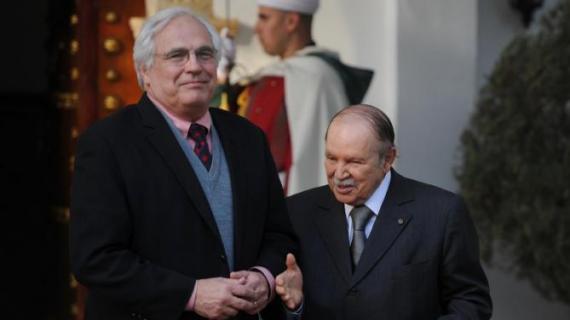 The UN mediator for Western Sahara, Christopher Ross, is expected this weekend in North Africa, where he will try to relaunch negotiations for the settlement of the territorial dispute between Morocco and the Algeria-backed Polisario Front, UN officials said on Thursday.

During this new ten-day tour, whose detailed schedule has not been unveiled, Christopher Ross will hold a series of meetings with Moroccan officials as well as with leaders of the Polisario Front and of neighboring countries, namely Algeria and Mauritania.

Ross will also take care of preparations for the first visit of the UN Secretary General Ban Ki-Moon in the region. The visit is planned by the end of the current year.

Ross’s previous trips in the region in February and September proved unsuccessful, as the UN mediator returned empty-handed to New York.

It seems that the efforts of Ban’s personal envoy are blocked by the intransigence of the Polisario leaders who refuse, under the pressure from the Algerian regime, to propose another alternative to their obsolete and outdated self-determination referendum claim.

On the Moroccan side, King Mohammed VI reaffirmed on November 6 on the occasion of the 40th anniversary of the Green March that his country will not make any further concessions other than its proposal to grant broad autonomy to Western Sahara, under its sovereignty.

The UN Secretary General had called earlier this month for earnest negotiations in the coming months and said that Christopher Ross would be intensifying his efforts on this path.

The question that remains posed however is whether Ross will this time find the magic potion to bring all parties to the conflict around the same table in a bid to find common grounds.

This is not however an easy task as long as Algeria, which has been closing its borders with Morocco for over twenty years, has not loosened its grip on the Polisario and given its leaders more leeway.