Christopher Ross to visit the Sahara next week: UN spokesman 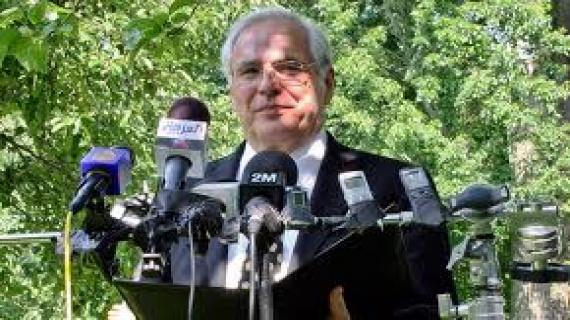 UN envoy to the Sahara Sahara Christopher Ross, is due to start a new tour next week, UN spokesman Eduardo del Buey said on Friday.

The second visit of the UN Envoy to the region, which will take place from March 20 to April 3, aims at revive talks between Morocco and the Polisario Front.

As during his first last fall, Ross will visit the Sahara, Rabat, Algeria and Mauritania.

“The current conflict in Mali and the heightened risks of instability and insecurity in the Sahel and beyond make a solution to the Western Sahara conflict more urgent than ever,” said the UN spokesman.

Since January 2009, Morocco and the Polisario have held 9 informal rounds of negotiations under the auspices of the United Nations Secretary General’s Special Envoy, Christopher Ross. All of these negotiations have ended without any progress.

In April 2007, Morocco presented an Autonomy Plan that was described as “serious and credible” by the Security Council. The said plan proposes significant autonomy for the Sahara with a local government and a parliament, within the Moroccan sovereignty.

The Polisario Front, supported by Algeria, rejects the Moroccan plan and claims the people of the Sahara have a right to self-determination through a referendum.

Many analysts voice their concern that the current informal negotiations over the future of the Sahara are leading nowhere and that the Security Council ought to adopt a new approach in order to put an end to this long-lasting dispute.

Over the past decade, many observers have stated that an independent Saharawi State cannot be envisaged as a “realistic option”. This was the message conveyed by the spokesman of the American Department of State on April 30th 2008 before the UN Security Council, on the occasion of the vote of resolution S/RES/1813. Similarly, in an interview given to the Spanish newspaper El Pais, the former Personal Envoy of the UN Secretary General for the Sahara, Peter Walsum, stated that the establishment of a Sahrawi State is not an “accessible objective”.

Back in 2000, in his report to the Security Council on the Situation in the Sahara (S/2000/461) Kofi Annan, then Secretary General of the United Nations, stated that it is essential that the parties be “prepared to consider other ways of achieving an early, durable and agreed resolution” over their dispute over the Sahara.