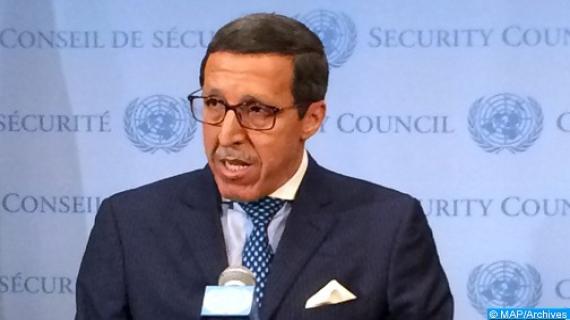 The personal envoy of the United Nations Secretary-General for the Sahara, Christopher Ross, is "the man of the past. He has been the best diplomat that Algeria has ever had during the last forty years," said, on Friday in New York, Morocco's Ambassador, Permanent Representative in the United Nations, Omar Hilale.

"For us, Christopher Ross is the man of the past," Hilale told a press conference after the unanimous adoption by the Security Council of the resolution 2351, extending the mandate of the MINURSO for one year, until April 30th, 2018.

He added that the personal envoy of the UN Secretary-General "had the mission to facilitate negotiations, but unfortunately he has become the problem."

"We look to the future. Morocco is looking to the future and I would say that Ross has been the best diplomat Algeria has ever had in the last forty years,” Hilale said.

"We told the Secretary-General that Morocco was not willing to talk about anyone as a successor (of Ross), or the resumption of the political process as long as the Gueguarat problem is not resolved. Now that the latter is in the process of being settled, we are ready, after verification, to talk about it,” Hilale concluded.