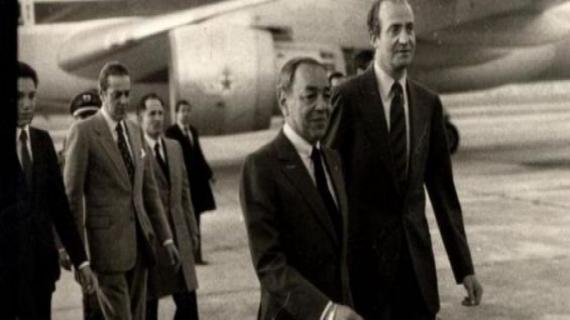 A declassified document released by the CIA has shed light on the circumstances surrounding the Green March. Moroccans were able to enter the Sahara due to an agreement reached by Juan Carlos, Spain's Crown Prince at that time and King Hassan II, states the American agnecy.

By the end of Barak Obama's mandate, the Central Intelligence Agency (CIA), based on a court decision, released more than 930,000 declassified documents. One of them particularly seduced Spanish media outlets, as it refers to the negotiations held between Crown Prince Juan Carlos, head of the army and acting head of state, and King Hassan II on the future of Western Sahara.

On November the 6th, 1975, the Green March took place. In total, 350,000 Moroccans, 10% of whom were women, head to the Sahara. Spanish soldiers stationed in Laayoune were unable to stop the marchers. In other words, using force to disperse the march was not an option for the Spanish forces.

A compromise reached by Morocco and Spain Before the arrival of marchers, a compromise was concluded by Rabat and Madrid. «The protesters walked for a few miles into the Spanish Sahara and stayed for a while on the edge of the territory where there were no Spanish troops», Juan Carlos told US ambassador Wells Stabler. He added that only «a delegation composed of fifty Moroccans was allowed to enter Laayoune», the capital of Western Sahara.

The document states that the areas where marchers were not allowed to cross carried the sign «minefields». The crown prince told the American diplomat that the Spanish soldiers in the Sahara were ordered to «use every means at their disposal to prevent Moroccans from crossing these lines». Juan Carlos, however, did not mention at any time that his army could have used force.

By the end of October 1975, Spanish troops withdrew from the Mahbès, Jdiriya and Haoussa areas located in west Smara. As soon as the Spanish left the territory, a long conflict emerged between the Royal Armed Forces (FAR) and the Polisario Front which took control of the evacuated points with the help of Algeria. It is in this context that King Hassan II threatened to use force defending the marchers.

The agreement reached by Rabat and Madrid was put into practice a few days later during the signing of the Madrid Agreement on November 14, 1975 between Moroccan, Spanish and Mauritanian representatives on the sharing of the Sahara.