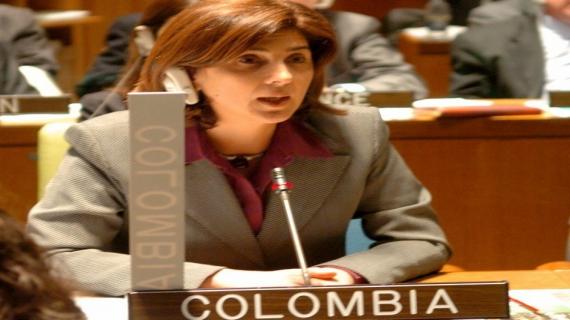 Morocco’s minister-delegate for foreign affairs and cooperation Youssef Amrani praised on Friday Colombia’s stance toward the Moroccan Sahara issue, stressing the Latin American country has already expressed support “not only to Morocco’s autonomy proposal but also to the Kingdom’s realistic and pragmatic approach” in this issue.

He added that Colombia also adopts in its armed conflict with the FARC guerilla “a resolved approach based on compromise, negotiation, political settlement and respect of the other”.

The same principles are advocated by Morocco in its relations with all neighboring countries and in handling the Sahara issue, he went on.

Last February, Columbia hailed “the cooperation spirit” shown by Moroccan authorities during a visit by the UN secretary general personal envoy for the Sahara Christopher Ross and reiterated the call to settle the Sahara problem on the basis of “a realistic vision and real compromise”.

Amrani is visiting Columbia as part of a regional tour that already led him to Argentina. He is also expected in Guatemala.