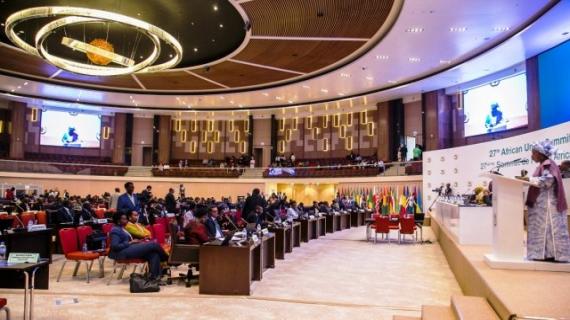 The Communication Directorate of the African Union issued a Strange statement on Morocco entitled "Morocco did not take part in the summit 27 Kigali," stating that the current President of Chad Idriss Deby summit received a message from His Majesty King Mohammed VI and that he then told the head of the African Commission Ms. Dlamini Zuma.

The message pointed out that the laws of the Union where there is no text of any lead to the expulsion of members and that any new request for accession should be subject to a ruler in force.

Strangely in this statement is that Morocco has not posted limit time any request for accession to the Union, but rather announced his intention only, and the thing that you tried to Mrs. Zuma hide is that African countries are the master of its own and that a change in the basic law must be unanimous -thirds, or 36 members, Morocco only need seven votes to expel the phantom Republic Polisario depending on asylum and twenty eight state that provided in addition to Madagascar, which was signed later.