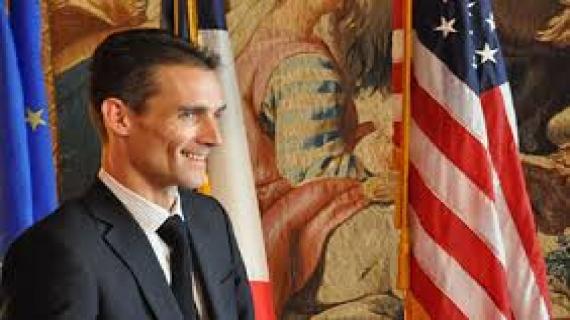 PARIS (Reuters) - Diplomats said on Tuesday the United States had dropped demands for human rights observers in Western Sahara, paving the way for a compromise that would allow the U.N. mission in the disputed territory to extend its mandate for another year.

"There will be a resolution very soon for a new mandate of the MINURSO," French Foreign Ministry spokesman Philippe Lalliot told reporters, referring to the mission's acronym. "We are close to a solution that will satisfy everybody."

Lalliot declined to comment on the details of the resolution, which was due to be voted on April 25.

But three Western diplomats said the United States had dropped the demands after its resolution was reviewed by a group of countries including the United States, France, Spain, Britain and Russia.

The United States' U.N. mission had no immediate comment.

A tract of desert the size of Britain that has lucrative phosphate reserves and potentially offshore oil, the Western Sahara is the focus of Africa's longest-running territorial dispute.

It dates back to 1975 and pits Morocco, which claims the region is part of its territory, against the Algeria-backed Polisario Front independence movement.

Europe and the United States say their worry is that the conflict is souring relations between Morocco and Algeria and preventing them from working together against Islamist violence.

While allegations of abuse have lessened since a 1975-1991 war, rights groups like Amnesty International accuse Morocco of continuing to use excessive force against demonstrators and activists and repressing political freedom, among other abuses.

Morocco and France, its former colonial ruler, have resisted the idea of peacekeepers reporting on rights abuses in Western Sahara, with Paris a longtime supporter of Rabat due to historical ties and business relations.

The United Nations brokered a ceasefire settlement in 1991 between Morocco and Polisario with the understanding that a referendum would be held on the region's fate.

But the referendum never took place and attempts to reach a lasting deal have foundered.

A senior Polisario official told Reuters the group was struggling to prevent its youth from taking up arms after seeing years of failed talks and ongoing rights abuses.

"This (compromise) is a big mistake that shows to the Sahrawis that their pacifism isn't leading to anything. It's a shame," said Paris-based Omar Mansour, a member of the Polisario's National Secretariat decision-making body.

(Reporting By John Irish, Mohammed Abbas in London and Lou Charbonneau at the United Nations; editing by Mike Collett-White)