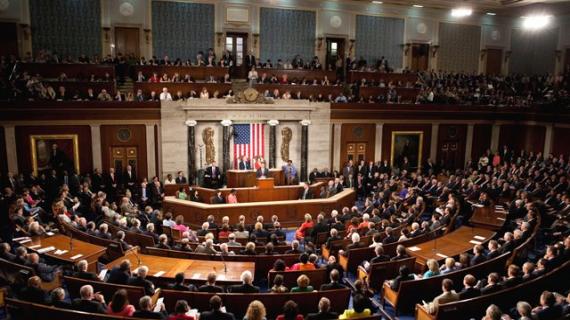 In a letter sent to President Obama on Thursday, a bipartisan group of 16 Members of Congress hails Morocco as the US’s “strongest and oldest friend in a very important part of the world,” and urges “greater visibility” for Morocco’s role in promoting stability and development in the region, as well as the country’s progress on human rights. The letter comes shortly after Morocco expressed concerns last month that the US State Department’s April 2016 human rights report on the country contained factual errors and misrepresented Morocco’s efforts in that area.

The letter noted, “We understand that Morocco is the only country in the region to have established with the United States, since 2006 and at the request of Morocco, an on-going dialogue on human rights that is intended to be an open forum for objective and constructive engagement on these issues. This cooperative process, we are told, aims at exchanging information intended to resolve issues throughout the year and contribute to the accuracy of the annual report. We commend this process and would hope that it brings a positive contribution.”

“[Morocco] has been our ally in both the early days and throughout our history – including during World War II, the Cold War, and now our common battle against ISIL and other forms of terrorism,” read the letter. “Morocco shares our values and aspirations for the region and has been a model in promoting stability through substantial reforms.”

“We are concerned that recent developments in our strategically important alliance with Morocco need to be made a higher priority and that our support for Morocco’s signal achievements, including on human rights, and the important role it is playing to enhance stability and development in the region, needs to be given much greater visibility in our public statements about this critical bilateral relationship with one of our oldest and most trusted partners.”

“Congress – both chambers, on both sides of the aisle – has long recognized the importance of the US-Morocco relationship,” said former US Ambassador to Morocco Edward M. Gabriel. “In this so-called age of partisanship it is refreshing to see such bipartisan consensus to help ease any tensions and maintain the long history of friendship and cooperation with Morocco.”

“The letter offers timely encouragement and counsel to continue to prioritize an alliance that focuses on shared values and common goals,” said MACP Executive Director Jordan Paul. “I know that for both the Administration and Congress it is important that the mutually beneficial friendship between the US and Morocco, which has lasted for more than two centuries, remain strong and vibrant.”