Daech Threatens to attack Morocco and Minurso: is it a response to the latest UN resolution concerning the Western Sahara ?? 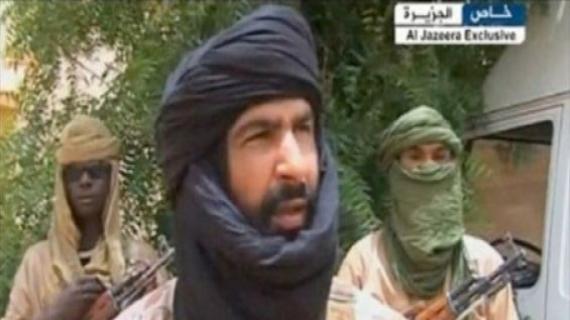 In an audio recording, a group of Daesh in the Sahel (AQIM) threatens to attack members of MINURSO as well as tourists and foreign companies in Morocco. The threat is uttered by Walid Abou El Essahraoui, a former member of the Polisario, who is currently the head of "al-mourabitoun".

A branch of  Daesh in the Sahel calls on to attack the interests of  Morocco and the MINURSO. According to aljazeera.net, Adnan Abu Walid El Essahraoui issued a threat in a an audio recording.

This terrorist, who fights for the leadership of the group "al-mourabitoun" with the Algerian Mokhtar Belmokhtar, invites his supporters to carry out attacks in the kingdom and specifically targeting foreign tourists in the resorts, as well as the headquarters  of the different security services and international companies. The same source said.

Essahraoui, former top executive of the Sahraoui Youth Union (UJSARIO), urges Muslims in the “Maghrib of Islam” to support the Islamic Caliphate" .In May 2015, he pledged allegiance to Abubaker Al Baghdadi, an act denounced by his opponent Belmokhtar who remained loyal to Al Qaeda.

This is indeed the first time a senior official in the Daesh apparatus openly calls for the commission of terrorist attacks in Morocco. Previously, such threats were relayed by Moroccan Jihadiates of second rank in ISIS.

The timing of this "official" threats issued by  a regional branch of the organization ISIS comes just a week after the adoption of a new resolution by the Security Council on  Western Sahara. The threats coincide with the concerns expressed by the UN Secretary General in his report released on 19 April concerning MINURSO.

What is behind this unusual threat?

Ban ki-Moon, the UN Secretay General, warned that : "The unarmed observers of the Mission are increasingly exposed to growing regional threats. The increased competition between Al-Qaeda in the Islamic Maghreb and ISIS, who fight for leadership in the region, could lead to new radical actions against countries which are seen as supporting international interventions  against terrorism, or against the United Nations, "

Essahraoui` s belonging to the Polisario and his studies carried at Constantine University  in Algeria could boost the controversy over the timing of his threats. Giving that Abu Walid El Essahraoui is accused by Moroccan parties to serve the agenda of the Algerian services in the region thanks to the Movement for  Unity and Jihad in West Africa (MUJAO).