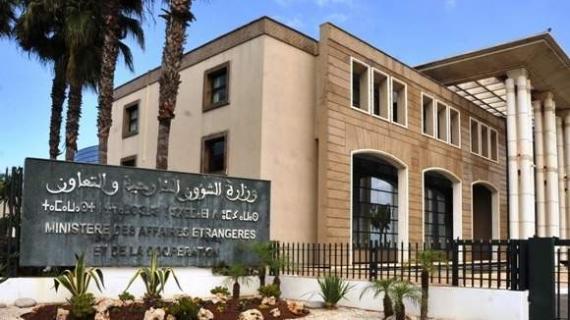 “The decision by Sweden not to recognize the pseudo “SADR” is “in accordance with international law and consistent with the political process conducted within the framework of the United Nations” said the Ministry of Foreign Affairs and Cooperation on Friday.

The Swedish Foreign Minister, Margot Wallstrom, said Friday that her country does not intend to recognize the “Western Sahara” as a state, reaffirming Sweden’s support to the ongoing negotiations process under the aegis of the United Nations.

The Swedish government “does not intend to recognize the Western Sahara and it is position consistent with the assessment of previous governments in this regard,” Wallstrom in a statement.

“This is a position in accordance with international law and consistent with the political process conducted in the framework of the United Nations, with a view to achieving a just, lasting and mutually acceptable to the dispute which has lasted too long,” the Moroccan Ministry of Foreign Affairs said in a statement carried by Maghreb Arab Press (MAP).

The Ministry emphasizes that Morocco “took note of the presentation this Friday, the conclusions of the “Assessment” report carried out by the Swedish Government on the issue of the Moroccan Sahara.”

“Beyond some questionable assessments, Morocco notes that the analysis conducted by the Swedish Government for 18 months, led to the inexorable conclusion that the chimeric “SADR” cannot be recognized while “under international law, the requirements for recognition are not met,” it added.

The Foreign Ministry stressed that Morocco is convinced that “the constructive position of the Swedish Government on the various dimensions of this regional dispute, including the economic dimension, will promote the peaceful and substantial development of bilateral relations.”