Did Rice decide to extend MINURSO’s mandate without coordination with Keery? 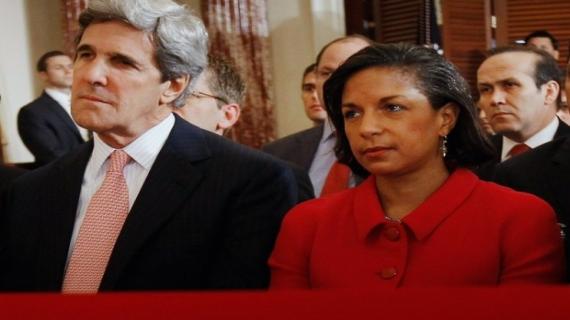 According to the daily Arab news outlet Ashark Al Awsat, the US ambassador to the United Nations, who is also a member of the US cabinet, is said to have taken the initiative of presenting a draft resolution to the Group of friends of the Western Sahara (United States, France, Russia, United Kingdom and Spain) on her own and without informing the Department of States not eth Pentagon.

The same sources added that Suzan Rice, who is believed to have a close relationship with Kerry Kennedy, President of the RFK Center for human rights, which has been leading a public relations campaign in order to push the United States and the other members of the Security Council to include a human rights monitoring mechanism within the Mandate of the MIUNRSO (United Nations Mision for a Referendum in the Western Sahara).

Hatem Labtioui, the autor if the news story added that the Pentagon “expressed its rejection of this move, which is undermines of a strategic US ally.

However, sources acquainted with the subject told Morocco World News in New York, that this account appears unlikely, adding that it is impossible to imagine that in a great power makes a decision without coordination between its different departments.

“Although it can be true that Suzan Rice is the one who influenced this decision within the American Administration, in light of its friendship with the Kerry Kennedy, it would be foolish to think that she can make such a move without prior consultation without the Secretary of State,” a diplomat who asked to speak on the condition of anonymity told MWN in New York.

It is worth noting that the draft resolution on the extension of the MINURSO’s mandate has still not been circulated to the members of the Security Council. Up until now it is still under discussion among the Group of Friend of the Western Sahara.