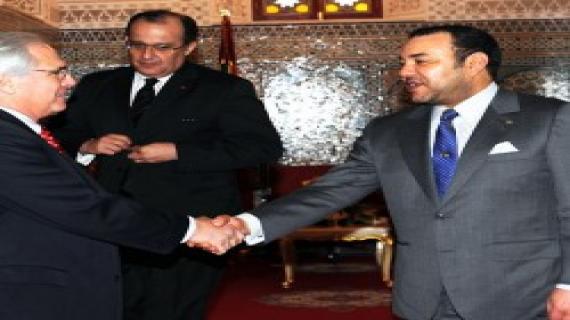 Discussions with King Mohammed VI and members of government brought a “precious contribution to the search for a more efficient means to settle the dispute” over the Sahara, UNSG personal envoy for the Sahara Christopher Ross underlined.

“I came to the region to review the situation over the past five years of direct negotiations, collect ideas on the best ways to achieve a real progress in the negotiation process and examine the impact of the latest developments of the Sahara issue,” Ross told the press following the audience granted to him by the King on Monday in the Rabat royal palace.

This visit is part of “the mission which the UN Secretary General entrusted to me three years ago” to facilitate negotiations between the parties in order to reach a just, lasting and mutually-acceptable political solution, he added.

The personal envoy said he will do all that he can for the building of the great Maghreb, “a solution which reinforces security and stability in north Africa and the Sahel region.”

“Upon my return to New York, I will inform the UNSG of my conclusions and I will submit the report to the UNSC by the end of November,” he said.