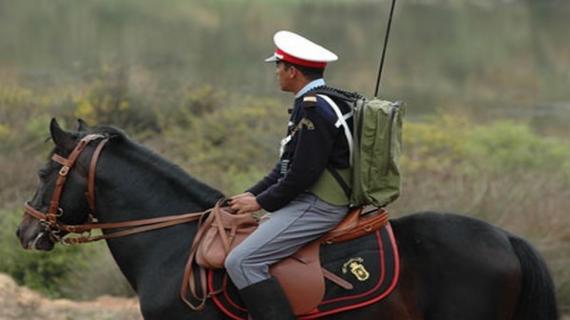 Hamburg: The Moroccan government has ordered a put on high alert in the border areas with Algeria and Mauritania, to prevent the entry from its country of terrorists.

Because a recent arrest in Algeria as members of a cell smugglers accused of helping to flee across borders, fundamentalist fighters returning from the battlefields in northern Mali.

Alongside its strong vigilance security measures, DPA reports that Moroccan police have summoned a large number of individuals on file, members of Salafist movement, the jihadists hints, to listen without stopping, nor charge of 'no charges.

Their depositions, the Salafists in question are immediately released, indicating that according to the German news agency, the Moroccan police interrogations are preventive, fearing that no connections are forged between combatants fleeing northern Mali and supposed sleeper cells Morocco, they réactiveraient for violent acts on Moroccan territory.

In addition, security officials quoted by DPA, reassured that the point is clear danger to Morocco, because the kingdom has no direct borders northern Mali, but stressed that these measures are uses to prevent any development which would if not apprehended, unpredictable and uncontrollable.