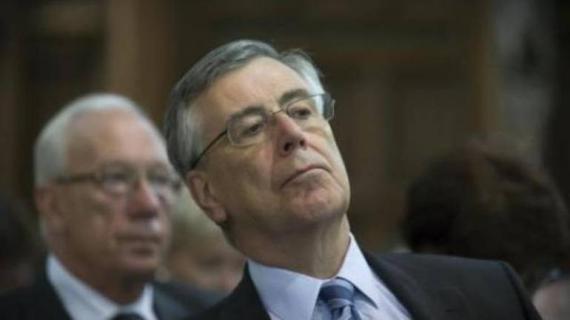 A week after the European Commission asked the EU to negotiate with Morocco the renewal of the fisheries deal, an ECJ legal advisor has called the latter invalid as it supposedly wouldn’t respect the rights of people in Western Sahara.

Advocate General Melchior Wathelet, a top legal advisor, said on Wednesday, 10th of January, as an opinion for the European Court of Justice (ECJ) that the European Union’s fisheries agreement with Morocco «is invalid». As reported by Associated Press, Wathelet justified his statement arguing that the agreement «does not respect the rights of people in the disputed Western Sahara region».

Submitting his opinion on the agreement signed in 2014 between Morocco and the European Eunion, the Advocate General insisted that «Western Sahara’s people have a right to self-determination and possible sovereignty over natural resources there». In a statement issued by the ECJ, he also explained that the deal contradicts the other EU treaties insisting that the political and economic union of 28 member states «has failed to fulfill its obligation not to recognize the illegal situation resulting from the breach, by Morocco, of the right of the people of Western Sahara to self-determination and also not to render aid or assistance in maintaining that situation».

The legal advisor supported in his statement the complaint filed by British NGO Western Sahara Campaign. According to Wathelet, «the financial compensation granted to Morocco by the Union under the fisheries agreement should benefit almost exclusively the people of Western Sahara». The Polisario leadership has taken note of the opinion of the Advocate General, says SPS news agency.

The file is not closed yet and the procedure continues. The Court of Justice of the European Union is expected to deliver its verdict in the coming weeks. It goes without saying that the opinion of Melchior Wathelet comes at the wrong time for the European Commission and Morocco.

On Wednesday, 3rd of January, the European Commission asked the European Union to give the green light to the launch of negotiations with Morocco, with the objective of renewing  the current fisheries agreement which will expire in July.

In case the European Court of Justice adopts  the conclusions of the Advocate General, the Moroccan-European relations would then be significantly slowed down. Indeed, when the 21st December 2016 ruling was issued the two partners had been looking for ways to overcome the obstacles set by the verdict.

For the record, in September 2016, Melchior Wathelet concluded that «Western Sahara is not part of the Moroccan territory». Therefore, «neither the EU-Morocco Association Agreement nor the liberalization agreement are applicable to it». Two months later, the ECJ rejected the agricultural agreement between Rabat and Brussels.