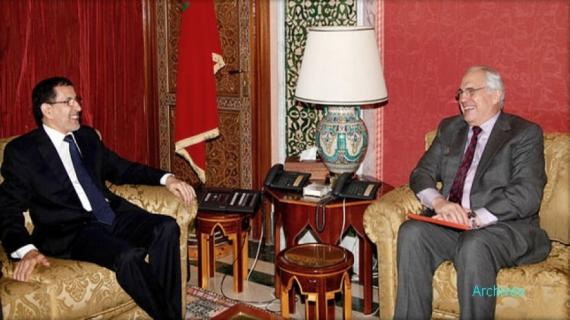 In a statement ending the audience he gave to  Christopher Ross,today, Thursday, March 21, Minister of Foreign Affairs and Cooperation Saad El Dine Otmani, indicated that "the UN envoy  is assured of the support of Morocco in his determination to succeed in this mission to achieve a final and lasting solution to the Sahara issue. "

"We conducted a thorough analysis of next steps proposed by Ross on his regional tour that has begun in Rabat," he said.

This interview was conducted in the presence of Morocco's permanent representative to the UN, Mohamed Loulichki.

Christopher Ross began a tour  on Wednesday in Morocco in North Africa (March 20 / April 3) in preparation for a possible resumption of direct negotiations on the Sahara.