El Otmani: The rejection by Morocco of the revision of the MINURSO is legal, political 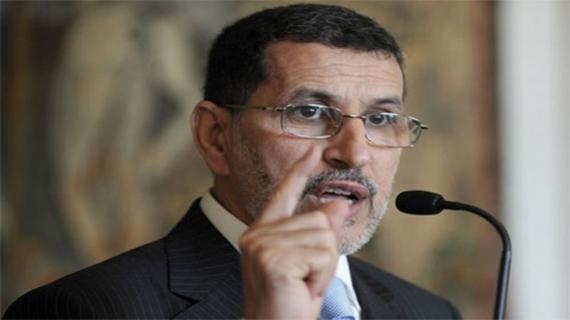 This rejection is based on the fact that MINURSO is responsible, under the 1991 agreement, to monitor the cease-fire and to organise the referendum, systematically rendered obsolete by other parties, and is in under Chapter VI of the UN Charter that each resolution must be accepted by all parties, the minister said in response to a question submitted by the Socialist group, Haraki, Justice and Development, Democratic Progress, for Istiqlali unity and egalitarianism and Authenticity and Modernity in the House of Representatives.

The rejection of any attempt to change the mandate of MINURSO also stems from the fact that the Kingdom will never accept that any part which undermines its sovereignty for any reason, he added, stressing that the sovereignty national and homeland security is a principle enshrined in international law.

On the political front, Morocco rejected the proposal, emphasising the political settlement in accordance with the resolutions of the Security Council of the UN, instead of raising other matters on purpose to derail this process, he said.

Morocco, while reiterating its readiness to cooperate with MINURSO so that it can fulfil its mission, is fully committed to meet any distortion or politicisation of the core mandate of the UN mission, which change threatens its very existence, he said.

On the Rights side, the minister recalled that the Kingdom, taking a proactive approach, has taken initiatives to promote human rights, including the Sahara, through bold reforms and tangible business where reforms have been welcomed by the Secretary General of the UN in its reports the last two years.

In this regard, El Otmani noted that Morocco has made great strides towards strengthening the autonomy of national mechanisms and the opening of the special procedures of the UN, adding that the proposal on the setting up of establishment of an international mechanism to monitor human rights in the Sahara undermines efforts made by Morocco in the field, this project is devoid of any realistic foundation for such a mechanism has not been proposed for similar situation, he said.

In the same vein, El Otmani said that Morocco has nothing to hide, recalling the recent visit of the United European rapporteur on human rights. We would be the only country in the region to have invited other international rapporteurs to visit its territory, convinced of the seriousness of the reforms undertaken by Morocco in the field of human rights, he argued.

The minister, on the other hand, noted that the urgent and immediate demand there is in the field of human rights, identifying the sequestered in the Tindouf camps as the first priority, with the requirement that the High Commissioner UN refugees to ensure their protection and allow them, including children, women and the elderly, to rally to the motherland, in accordance with international agreements and the Geneva Convention on refugees.

On the security front, El Otmani noted that the increase in threats in the region requires to take all necessary precautions to deal with this threat, saying that the proposal to expand the mandate of MINURSO opens the door to anarchy for security.

He added that the proposal indicates a purely political position, biased in favour of the interests of other parties and threatens to undermine the political process and expose the region to all possible contingencies, saying that all parties have a duty to fulfil their responsibilities.

Recalling the positions taken by Morocco, its diplomatic efforts and visits by high-level delegations, sent by King Mohammed VI in a number of member countries of the Security Council, El Otmani said the Moroccan position draws its strength the union of the Moroccan people and all national forces and their constant mobilisation behind the Sovereign for the defense of the integrity of the Kingdom forces.