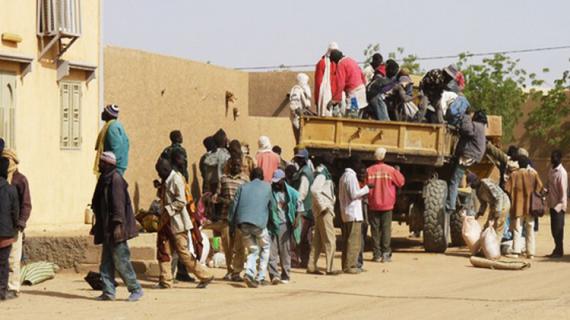 In an article titled "A lawless region: route for South American cocaine," the agency reported that "Tindouf camps have become fertile ground where a steady stream of +idle hands+ has been created to meet the needs of organized crime and terrorist groups operating in the region, such as Al Qaeda in Islamic Maghreb (AQIM), the Movement for Oneness and Jihad in West Africa (MUJAO), Ansar Al-Din, Boko Haram ".

In this analysis, Argentinian expert Adalberto Carlos Agozino noted that for decades, the Sahel-Saharan region has been transformed into a large area of lawlessness where all kinds of transnational organized crime activities thrive.

This region knows an illicit trade of products that are part of the humanitarian aid from the European Union and the United Nations for the Sahrawis held against their will in Tindouf concentration camps, Southeast Algeria, said Agozino, expert in political relations and professor at the John F. Kennedy University of Buenos Aires.