EU-AU Summit : A new diplomatic battle between Morocco and the Polisario’s allies 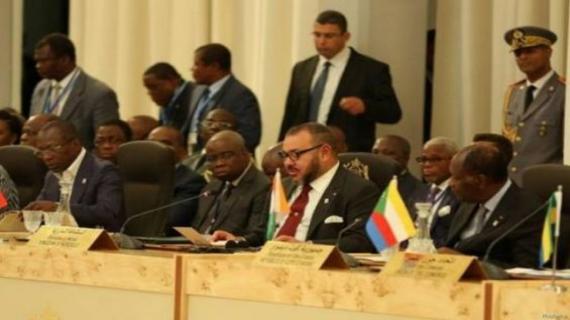 On the 29th and 30th of November the Ivorian economic capital, Abidjan, will host the «European Union-African Union» summit. Will Morocco accept the presence of a Polisario delegation at this event ? In the past, Rabat had successfully marginalized the front and banned it from attending such gatherings, however, this year the situation has changed. Details.

Following the incident at the Tokyo International Conference on African Development (TICAD) held last week in Mozambique, a new diplomatic battle is about to break off in the coming weeks between Morocco and the Polisario’s supporters.

The EU-AU summit, scheduled for the 29th and 30th of November in Abidjan, will declare the beginning of a new war between Morocco and the separatist movement delegation presided by Brahim Ghali.

In the past, the Kingdom had managed to oust the Separatist Movement of these summits. The first edition held in Cairo in April 2000 was preceded by a fierce dispute between Morocco and the Front’s allies in the African Union.

Morocco’s accession to the AU has changed the situation

South Africa, Algeria, and Nigeria were able to reserve a seat for the Polisario eliminating Morocco which was not a member of the Panafrican organization back in the time. An attempt that was aborted by the French president, Jacques Chirac.

Consequently, the meeting was named «The Africa-EU Summit». An appellation that was kept for four editions, the last of which took place on the 2nd and 3rd of April 2014 in Brussels. A Moroccan delegation presided by the former Minister of Foreign Affairs, Salaheddine Mezouar, made it to the event.

This year, the situation has changed considerably. Morocco is now the 55th member of the African Union, gaining its seat back last January during the Addis Ababa summit. A change that pushed the Ivorian organizers to rename the summit «European Union-African Union summit», as indicated by the Ivorian government.

Will Morocco accept the fact that a Polisario delegation might take part of the summit ? On Thursday 31st of August, President Alassane Ouattara will go to Paris to hold talks with his French counterpart, Emanuel Macron.