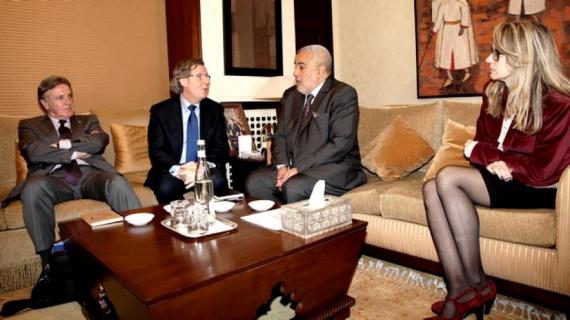 A delegation of Euro-deputies voiced, on Friday in Rabat, the hope to see the UN adopt a resolution paving the way for the implementation of the Moroccan autonomy proposal for the Sahara, in order to revive the Maghreb's building and promote regional security.

During a meeting with head of government Abdelilah Benkirane, these MPs, members of the EU-Morocco friendship group, said they are willing to work to develop a common strategy to strengthen partnership between Rabat and European Parliament.

Referring to the territorial integrity of the Kingdom, Benkirane recalled Morocco's initiatives launched under the leadership of HM King Mohammed VI to achieve a lasting and mutually acceptable solution to the artificial dispute, within the framework of international law and Morocco's sovereignty.

He reaffirmed Rabat's will to forge ahead with the building of a strong and united Maghreb that meets the expectations of its peoples and positions itself as a guarantor of security in the region.