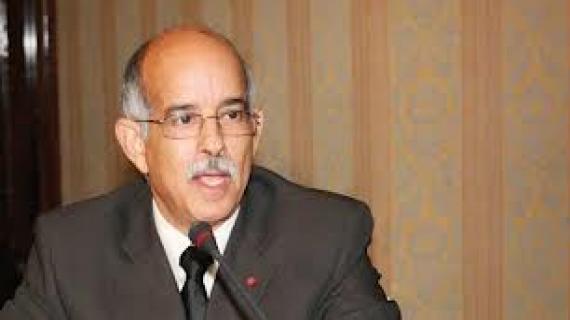 The initiative seeking to expand the UN Sahara mission (MINURSO) mandate risks to stall the ongoing discussions between Morocco and the UN secretary general personal envoy for the Sahara, Christopher Ross, said on Tuesday speaker of the Chamber of advisors, Mohamed Cheikh Biadillah.

This step does not abide by the prerogatives of UN mission which is in charge, in compliance with the 1991 agreement, to monitor the cease fire in the Sahara, the official told MAP.

Biadillah, who expressed the hope that this initiative will not reach the UN decision-making circles, stressed that the Kingdom has faith in the wisdom of its partners “who are fully aware of the crucial importance of the Sahara issue for the entire Moroccan people”.

Morocco also trusts its partners at the UN Security council, including France and the USA, he said, recalling that Washington and Rabat are linked by a strategic partnership agreement.

Biadillah also underlined Morocco’s actions to promote peace and security in the world and anti-terrorism efforts, insisting that Morocco’s partners should not change their stance on an issue “which, they know, is vital for Morocco”.

He also called for closing ranks in order to face any initiative of the kind and stressed that the Moroccan proposal to grant autonomy to the Sahara provinces will continue to spark debates within the UN Security Council and interest among peace-loving countries worldwide.

The autonomy project will enable the population living in the Tindouf camps to return home to manage their own affairs together with their brothers and sisters in the region, through local parliament and government, he further explained, insisting that this option is a win-win solution.

The Moroccan initiative will also enable Morocco and neighboring Algeria to focus efforts on building the Grand Maghreb which has become, more than ever before, a strategic requirement, especially at the economic level, he went on, deploring that failure to build the Arab Maghreb Union costs each of the five countries of the region (Algeria, Libya, Mauritania, Morocco and Tunisia) two GDP points and 600,000 jobs annually.

In addition to the economic benefits, the Grand Maghreb will turn the region countries into a privileged interlocutor of North Mediterranean countries, Europe and western countries, he went on.