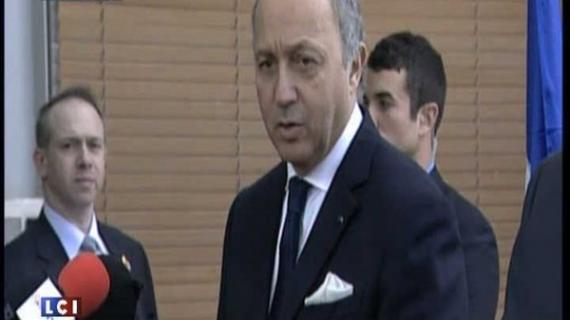 In a reply to a written question from the  pro-socialist Algeria member, Catherine Troallic, who endorsed the accusations of the Kennedy Foundation on alleged violations of human rights in Morocco, the French Foreign Minister, Laurent Fabius stressed that his country is "committed to improving human rights."

For more than a decade, said Fabius, Morocco has made progress in this regard: "New Constitution 1 July 2011, the National Council of Independent Human Rights, two regional commissions  to the Sahara and invitations for several rapporteurs Special Council of Human Rights United Nations, "he listed.

France maintains a "dialogue with the Moroccan authorities about it. It hopes that the Moroccan efforts continue, "he said.

Fabius wondered if similar measures were implemented in the Algeria camps of the  Polisario in Tindouf.

The French minister said bluntly that France wishes to see established,  full respect for human rights in the territories abandoned by Algiers to the Polisario in Tindouf.

In addition, the head of French diplomacy has noted that this issue "keeps tensions between Morocco and Algeria, both in their bilateral relationship in multilateral fora, and slows the building of a united ,stable and prosperous Maghreb ".

This dispute also raises "the risk in the context of regional instability in the Sahel," he said before reiterating the support of Paris  for the Moroccan autonomy plan that France "considers a serious and credible basis for a negotiated solution ".