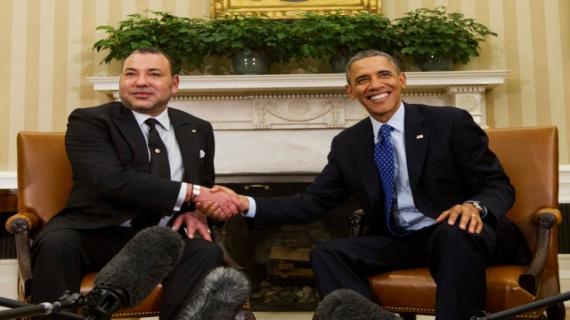 The 2014 Appropriations Bill passed by Congress and signed today by President Obama includes for the first time a law mandating that US assistance designated for Morocco be used in the Western Sahara. While Congress has expressed strong bipartisan support for such a measure in the past—in the forms of letters, reports, and most recently a voice vote in July—this bill represents a significant reinforcement of US policy supporting a solution to the Western Sahara conflict based on autonomy under Moroccan sovereignty and recognizing the Moroccan Autonomy Initiative as “serious, realistic, and credible.”

The legislation comes just weeks after a November 22 White House meeting between King Mohammed VI and President Obama. In the Joint Statement released after the meeting, the two leaders stressed their countries’ longtime partnership and “shared commitment” to democratic and economic reform, regional security and counterterrorism, educational and cultural cooperation, the Middle East Peace Process, and “the improvement of the lives of the people of the Western Sahara.”

“By enacting this bill, Congress has delivered a clear message of support for the longstanding bipartisan policy of the US to resolve this issue based on a formula of Moroccan sovereignty and local autonomy,” said Jordan Paul, Executive Director of the Moroccan American Center for Policy. “This strongly bipartisan effort from Congress will strengthen the US-Morocco bilateral relationship—which in these troubled times has become indispensable to US security and related interests in the MENA region.”

“Morocco has invested billions of dollars in its Saharan provinces, building roads, schools, hospitals and other infrastructure to improve the lives of the people living there and set the stage for future autonomy of the territory,” said Robert M. Holley, Senior Policy Advisor at the Moroccan American Center for Policy. “US financial support, guaranteed through this legislation, will ensure that this progress continues and even accelerates. It puts into action the promises made in the Joint Statement.”

The report accompanying the Appropriations Bill requires the State Department to work with USAID within the next ninety days to write a report to Congress that identifies development programs in Morocco—including in Western Sahara—that are eligible to receive Title III funding as well as the steps taken to resolve the longstanding dispute over the Western Sahara, based on autonomy under Moroccan sovereignty, including efforts to address durable humanitarian solutions to the protracted refugee crisis in the camps near Tindouf, Algeria.