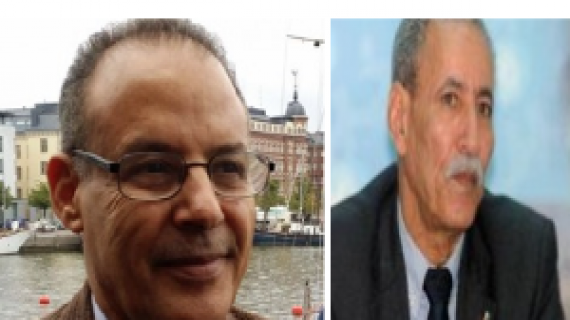 In addition to the Polisario chief, Brahim Ghali, and four Algerian officers, three other Polisario leaders are summoned to appear before Spanish courts for crimes against humanity, torture, violation of human rights, kidnapping and rape.

After it summoned Brahim Ghali in November 2016, the Audienca Nacional, the Spanish High court, which is probing these cases, recently issued warrants to hear three other senior executives of the Sahrawi separatist movement.

In the wake of these developments, the Spain-based Sahrawi Association for the Defense of Human Rights (ASADEDH) denounced the presence of these three torturers on Spanish soil and officially requested the Spanish Court to issue an international arrest warrant against Brahim Ghali and his three subordinates.

Last November, Judge José de la Mata, President of the 5th Central Spanish investigating Court, had issued a judicial order asking the police to collect personal data on Brahim Ghali with a view to reopening a new investigation against him.

Besides Brahim Ghali and the three Polisario executives, Spanish justice also wants to hear four officers of the Algerian army, some of whom are still active.

The officers, whose identity was not revealed, are also accused by the plaintiffs of involvement in the atrocious crimes committed against Sahrawi civilians in the Tindouf camps.

“These individuals are part of the list that we have handed over to (Spanish) justice and we have succeeded in locating their residences or the homes of their loved ones in Spain,” ASADEDH President, Messaoud Ramdane, told the Moroccan website le360.ma.

ASADEDH had filed a complaint against Brahim Ghali in 2007 and reactivated the complaint after he became leader of the separatist front.