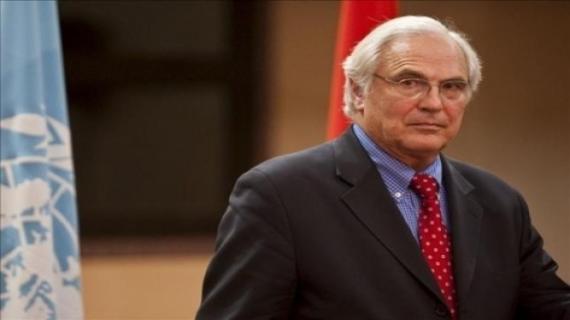 On February 14, the United Nations Special Envoy for the Sahara, Christopher Ross, held talks with French officials on the ongoing problems in the region and efforts to find a peaceful solution to the of Sahara, according to French parliamentary sources.

“They shared questions on certain aspects of this file, notably on the situation for human rights and refugees,” Guigou’s office said in a statement.

The Foreign Affairs Commission President said she “had confidence” in the ability of the U.N. envoy “to find a lasting, just, political and mutually-agreed solution” to the Western Sahara problem.

The Western Saharan dispute is one of the most neglected international conflicts. The region has not developed enough to turn into an area where the United States and Europe (particularly France and Spain, which display a more profound understanding of the conflict) compete for influence. Early indications of the direction of Obama’s administration suggest that the Western Sahara dispute will be discussed in terms of tightly observed international legitimacy. This is particularly relevant as the region is beginning to relive the Cold War spirit following the severance of ties between Morocco and Venezuela over the Western Sahara dispute and the fact that Iran has been hinting that it might begin to support the Polisario Front. After a recent diplomatic standoff with Morocco and the threatening presence of terrorist groups that have taken Sub-Saharan region as a safe haven.

After his latest visit to the region in November, Mr. Ross, said the threat of extremism in the region makes the resolution of the Sahara’s conflict all the more urgent.

“While some may believe that the status quo is stable and that it is risky to take chances for peace, I believe that this is a serious miscalculation — particularly now that the region is threatened by extremist, terrorist, and criminal elements operating in the Sahel,” he said in a press statement.

Ross, who has been appointed by the United Secretary General in 2009, said he was giving up holding informal meetings with the key players and will instead meet with the parties one-on-one.

Morocco has offered a substantial autonomy proposal to the Polisario movement which is seeking independence and has benefited for over three decades from Algeria’s generous support.

The Polisario has also fought an armed struggle against Moroccan forces in the Sahara before the question was brought to the United Nations Security Council in 1991.

But efforts through dialogue have still not resolved the contentious issue of a referendum in the Sahara and how much autonomy would be granted to the territory.