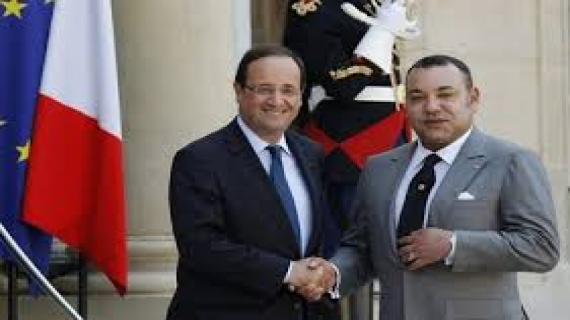 As French president François Hollande is getting ready for a state visit to Morocco (April 3-4), sources at the President’s office said that the Sahara issue will be brought up in a “serene” manner since France maintains the same position on the issue: supporting a political negotiated solution and the Moroccan autonomy plan.

“The Sahara issue will certainly be brought up in a serene matter”, the source said, explaining that “the French position is unchanged: there should be a negotiated solution in the United Nations frame” on the basis of Morocco’s autonomy plan that France considers as a serious and credible basis” for negotiations.

The source went on that Morocco has taken “useful initiatives” on this issue and France “ambitions to be both useful and pragmatic” in order to “put negotiations on the track again”.

“We want to play a useful role for a settlement allowing to deploy regional cooperation and Maghreban integration”, the source said, voicing France’s readiness to help the parties reach an agreement”.

The source also made it clear that Paris’ approach in this conflict is a regional one oriented to Morocco and Algeria and building on good relations with its partners in the region”.

On the bilateral level, the source said President Hollande will deliver a message of trust and confidence in the future of relations between Morocco and France.

Likewise, the French president “is willing to praise evolutions in Morocco, and the openness of Morocco which has found its way by conducting a serene transition”