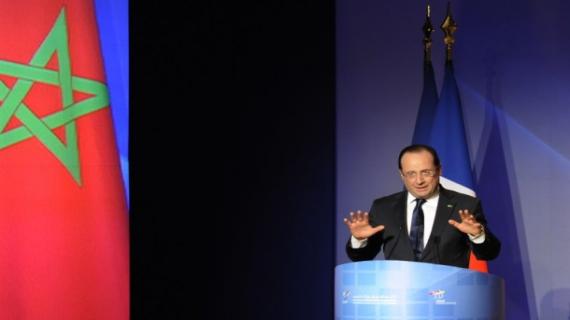 A solution to the conflict in Sahara, where a UN peacekeeping force has been deployed for two decades, is more important than ever as a result of the Islamist revolt raging in northern Mali, the French president said on Thursday.

“The economic potential is enormous. But I am also aware of the obstacles, and the question of the Sahara, which has been waiting to be resolved for more than 30 years,” President Francois Hollande told the Moroccan parliament.

“The current standoff is detrimental to everyone, to the separated families, to the refugees, to the tensions between the Maghreb countries. And the crisis in the Sahel makes its more urgent to put an end to this situation,” he said.

France has 4,000 troops in northern Mali where it is leading an offensive against Islamist insurgents.

A series of international diplomats have expressed concern about the decades-old power vacuum in parts of the disputed Sahara.

During a trip to the territory and its neighbours last month, UN peace envoy Christopher Ross stressed the urgency of a deal between the pro-independence Polisario Front and Morocco.

Hollande renewed French backing on Thursday for former colony Morocco’s insistence on its sovereignty over the territory and its refusal to negotiate more autonomy for the native Sahrawi.