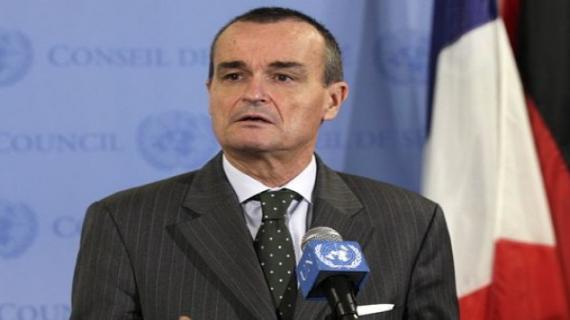 France, Morocco’s traditional protector on the U.N. Security Council, is unlikely to use its veto to block a U.S. proposal to have U.N. peacekeepers monitor human rights in the disputed territory of Western Sahara, envoys said.

The U.S. proposal was contained in a draft U.N. Security Council resolution Washington circulated to the so-called Group of Friends on Western Sahara, which includes the United States, France, Spain, Britain and Russia, U.N. diplomats said this week on condition of anonymity.

“We don’t expect France will block,” a diplomat from one of the Group of Friends countries said on condition of anonymity on Wednesday. The diplomat was confirming a French media report. Another U.N. diplomat on Thursday confirmed the remarks.

“It is between the U.S. and Morocco,” the first envoy said.

The draft resolution is intended to extend the mandate of the U.N. mission in Western Sahara for another year. It was to be put to a vote in the Security Council this month.

“We will decide when the time comes,” a French diplomat said in Paris.

French U.N. Ambassador Gerard Araud told reporters on Thursday, “We are ready to vote the American text if it is put on the table.” He did not indicate how Paris would vote.