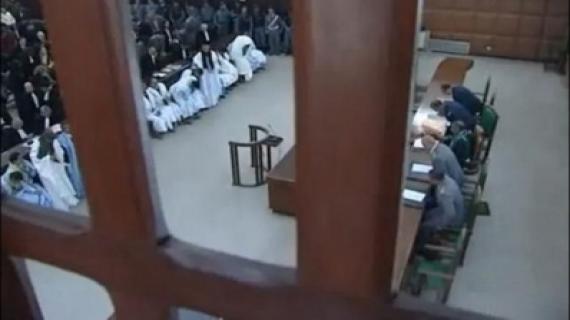 A group of nine French law experts, attorneys and law professors who attended as observers the trial of persons prosecuted for involvement in the Gdeim Izik violent events, unanimously stressed that the trial was fair and conform to all modern criteria of the rule of law and human rights respect.

“Guarantee of a fair trial provided for by the rule of law, mainly article 10 of the Universal declaration of human rights, seem to be fully met”, said the experts in a report on their observation mission, made public at a press conference Monday in Paris.

The mission, comprising nine authority experts, member of the Paris-based association for the promotion of basic freedoms, said they carried out their observation mission “constraint-free” during the trial where 24 persons were prosecuted for involvement in the events that followed the dismantling of Gdim Izik camp near Laayoune in 2010.,