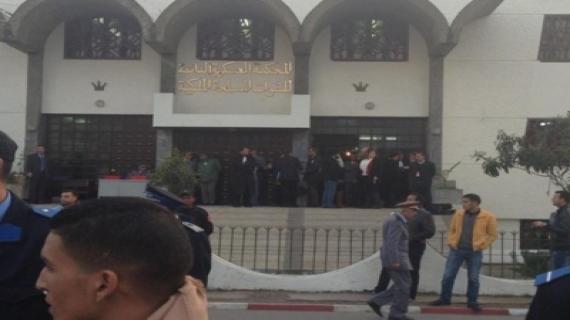 The military court in Rabat early on Sunday sentenced the individuals allegedly linked to the events that accompanied the dismantling of the Gdim Izik camp  to sentences from 20 years to life imprisonment, according to MAP news agency.

The 24 people on trial in this case were arrested after being involved in the events dating back to October and November 2010 when some Sahraouis set tents in the outskirts of Laayoune as a form of protest against the lack of proper housing and unemployment in the city.

The trial which started on February 1, took place in the presence of national and international observers, and several associations and human rights NGOs.

These events, which date back to October-November 2010, killed 11 law enforcement officers, including a fireman, injured 70 others, and caused important material damages to public buildings, and private goods and properties.