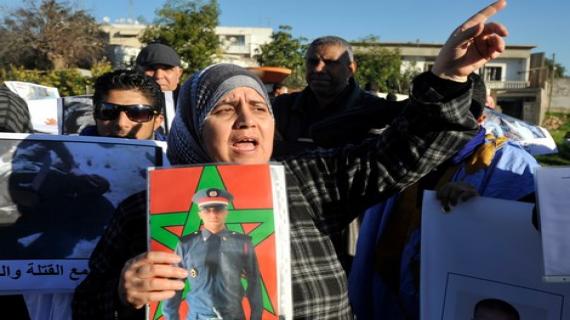 The trial of the Gdeim Izik group ended Sunday with the condemnation of the 24 defendants to prison terms ranging from two year prison terms to life imprisonment. No death penalty was handed out as it was expected by the families of the 11 security enforcement agents killed and whose bodies were horribly mutilated.

The Algeria-based Polisario Front which is challenging Morocco’ sovereignty over the Western Sahara region, tried to put into question the Rabat military court where the defendants have been sued. But attempts to mitigate the guilt of the accused, who are all supporters of the Polisario, have failed.

International observers at the trial recognized the purely criminal character of the case which concerns the killing of members of security forces and the formation of an organized gang.

In such cases, the question of the military court jurisdiction does not arise. It is the competent body that deals with criminal cases in which military personnel are involved, either as perpetrators or as victims.

Just like many military courts that still exist in several Western countries, the Rabat military court deals with this kind of cases. It has already decided on several cases where civilians were involved in matters related to the security of the state, the possession or use of firearms, etc...

The NGOs and international jurists who followed the trial acknowledged that the procedures were regular and that the defense rights were guaranteed. The opening of the trial to the public and the media has also enabled to avoid that a mere criminal case be politically instrumentalized.

The 11 security enforcement agents who were slain and stoned to death on November 8, 2010 were not armed. Their families and friends were expecting severer penalties against the crimes perpetrators.