Gdeim Izik: When the defence of the accused is a strategy to perpetuate the trial 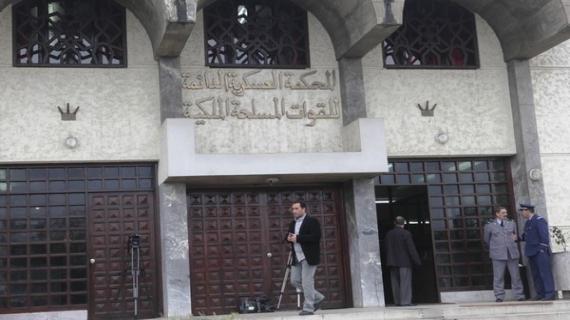 During the second session of the trial of 24 suspected criminals Gdeim Izik were confirmed by numbers of observers on the spot,of foul play, the defence committee of the defendants, their lawyers, were motivated by one purpose: To perpetuate the trial as long as possible, until its international politicisation succeeded.

While their dough takes these lawyers, responding to their demands remotely presumably strive to prolong the trial indefinitely, a time, asking for his report complements folder, another attacking the legality of the tribunal.

Yesterday they were still at the spot, asking that the trial be transferred to a court in Laayoune, seeing that it did not work, they returned to the charge, refusing the list of witnesses called by the prosecutor.

They argued then that education is low, since the 24 defendants have been arrested, while they slaughtered their 11 victims, and from there, there is an absence of flagrante delicto.

The audio visual, showing the sequence of events, including urinating on the corpses, counsel began their argument by asking  the court to exhibit the murder weapons, machetes, knives, Molotov cocktails and gas bombs that had  been detonated  by militia in the camps.

Subsequently, they accused the investigators of having committed torture on the accused and said it was illegal, when the PV of the judicial police, reported the evidence of the accused immediately after their arrests.

According to sources on the ground, they want to make the trial of the alleged murderers and defilers of the corpses, a political forum for the separatists, an international scandal, coverable by the Spanish media, as was the case for events Gdeim Izik and the alleged hunger strike of Polisario activist Aminatou Haidar in the Canary Islands.

Have separatist militiamen who have committed the most inhuman atrocities, in front of the zoomed in cameras, they threw it into controversy, their Spanish allies, who had to borrow their photo which were dispatches of Palestinian children in Gaza, to seal breaches of a companion of propaganda, they had planned.

Today they are trying to hide the reality, calling the ambulance butchers 'political prisoners' and they are working to make their cover international politics, then how long will this trial  last and with it, the suffering of the families of the 11 victims last?