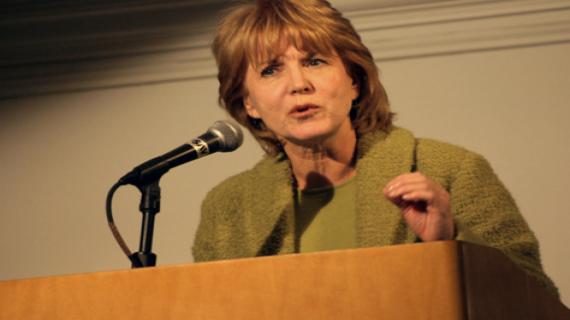 The leadership council for human rights praised the Moroccan commitment to respect the rule of law after the Rabat military court’s decision to adjourn the trial of a group of 24 defendants prosecuted as part of the violent Gdem Izik events that followed the dismantling of a camp outside Laayoune (southern Morocco).

The LCHR president and founder of the human rights caucus at the US congress, Kathryn Porter Cameron, praised in a statement “the commitment of the Moroccan authorities to respect the rule of law and to preserve the dignity and freedom of all Moroccans”, adding it has been following closely the trial of the defendants involved in the dismantling of the Gdiem Izik protest camp set in November 2010 (Laayoun region, south of Morocco).

Kathryn Porter “welcomes the decision of Morocco to postpone the trial of the defendants involved in the protest at the request made by the defense lawyers to prepare their cases and call for witnesses.”

“This decision demonstrates, once again, the commitment of the Moroccan authorities to respect the rule of law and to preserve the dignity and freedom of all Moroccans following the political and democratic process initiated under the leadership of the King of Morocco”, says the organization.

It recalled that in November 2010, the Moroccan government allowed a group of Sahraouis to set up a camp in the outskirts of Laayoune, in order to demand better housing and job opportunities, accusing polisario agents to launch an operation to derail the ongoing talks between the protesters and the Moroccan authorities and create havoc and confusion to inflame the situation.

The release relates how “these extremist elements, armed by the polisario, started using force against the people assigned to keep the peace and security in the camps. They threw incendiary bottles “Molotov cocktail”, gas bottles and used knives and swords to kill unarmed security guards, recalling that 11 members of the unarmed security forces were savagely and violently killed and slaughtered, Al Qaeda way, and more than 74 wounded.