Gdim Izik: Coordinating Body of Families of Victims calls for serving justice to 11 security forces members who perished in the incidents 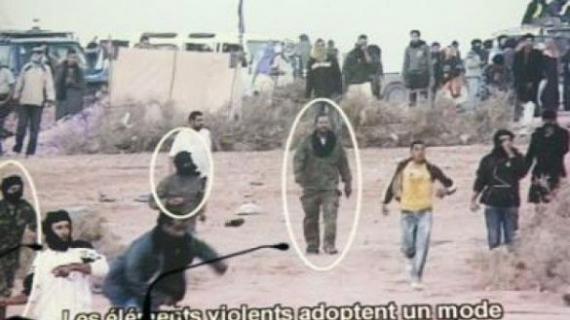 In a statement to the national and international public opinion on the occasion of the fifth anniversary of the painful incidents of Gdim Izik (situated few kilometers from Laayoune), the Body reaffirmed that justice should be done to victims, law should be applied and all forms of bargaining and pressure aiming to depenalize the case should be prevented.

It also renewed its trust in the Moroccan judiciary who decided on the case at a court martial on 17 February 2013 against 25 convicts, sentenced to different terms.

The Coordinating Body said that it is still expecting a fair and just decision from the court of cassation as soon as possible to put an end to ambiguities and wait-and-see attitudes, which accompanied the latest stages of this case, especially after the changes made to the prerogatives of the court martial.

Five years ago, the painful incidents of Gdim Izik took place on 08 November 2010 and took the lives of 11 security forces members, who were killed and massacred in the most heinous manners. Those members were on duty executing a judicial order to dismantle Gdim Izik camp, set up to express some social claims before being a scene of violent acts and clashes, where cold weapons were used by some pro-separatists, it recalled.

The Body said that it categorically rejects all forms of distortion of facts led by some parties inside Morocco and abroad about the dismantlement of Gdim Izik camp. These parties have sought to hide the truth and distort the facts.

It added that "the real victims are our relatives, who were murdered and are worth the attention of human rights defenders, especially those working on the right to life".

In this regard, it called on all national and international human rights bodies and organizations to support it and make its voice heard.

While commemorating this painful anniversary and its resulting sorrows and injuries, the Body paid tribute to its martyr relatives, who were murdered in a cold-blooded manner.