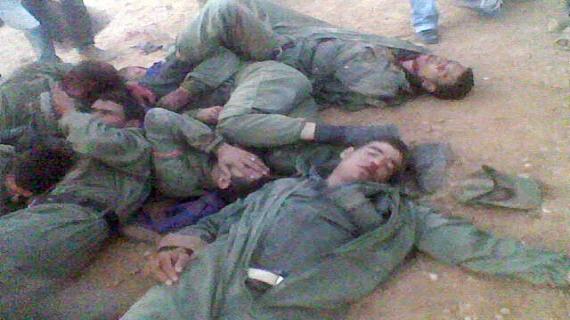 The defense of families of victims of the tragic events that took place in Gdim Izik camp on November 8, 2010, voiced their disappointment with the false allegations included in the statement issued last Thursday by the so-called "Coalition of International Lawyers in Support of Gdim Izik Activists".

In an open letter to defenders of justice, the defense lawyers expressed their deep regret at the false allegations included in that statement, which sums up the defendants' trial in "their participation in social demonstrations and ignores the serious criminal acts they committed and for which the court should render its decision in accordance with law".

The defense members have urged the Coalition lawyers to get informed on the case file to check the validity of these criminal acts, noting that the pictures of the appalling violence committed against the victims show unarmed law enforcement officers be stoned to death, stabbed, slaughtered and peed upon.

The defense expressed their commitment to the right to a fair trial of all, including the victims they represent, adding that they would have shown solidarity with their colleagues if their statement required the defendants' right of defense before the courts and guarantees for a fair trial of the suspects, including the right to defend themselves pursuant to the Moroccan law which draws on the international charters of human rights.

The defense expressed their great surprise at the fact that elements of Morocco's territorial and legal competence, in accordance with history and international law and on the basis of the UN resolutions, have been raised.

The defense also expressed their surprise at some adaptations made in this statement, which are contrary to sound legal logic, with the intention of internationalizing a conflict that falls within the competence of Moroccan national courts.

They also urged their colleagues who signed the statement to "work together to make the law prevail and ensure that justice run its normal course through our commitment to guarantee the conditions of a fair trial based on good faith and respect for the decisions of the Moroccan justice, which has always demonstrated transparency and independence".