Hillary Clinton played a major role in influencing the U.S. administration to change the contents of the U.S. proposal on MINURSO? 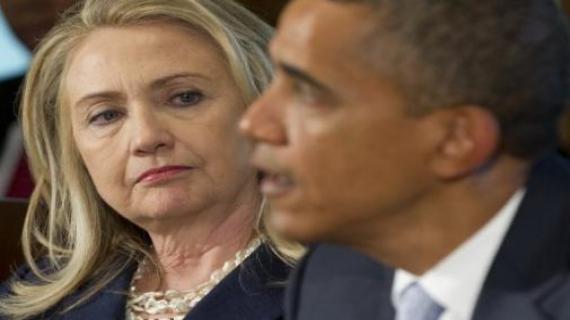 According to the transfer site "A Post", the U.S. Secretary of State former Hillary Clinton played a prominent role in the mitigation of the draft American proposal on expanding the functions of MINURSO to monitor human rights in the desert, which created some tension with the U.S. Ambassador to the Security Council, Susan Rice, which did not provide final version of the amendment. According to the site is always the "Morocco resorted to U.S. Secretary of State Hillary Clinton, who has a special place when President Barack Obama and that understands very well the position of Morocco and is well aware of its importance is that demanded mitigation of the decision and granted Morocco a new opportunity."

He adds, "The prevailing view is that King Mohammed VI is the one who spoke with Clinton on this issue because of the strong relationship that go beyond the political framework to what is family." The source asserts himself, "This is the last service provided by Hillary Clinton to Morocco in the Sahara issue and will cause a confrontation with a group Kennedy , Vklinton plans to run for election next U.S., and is well aware that they will need to support the family of Kennedy. latter Gelat Sahara issue a priority, after the decision the next will be the ball in the net of Morocco because this is his last chance to avoid human rights violations in the future so as not to put himself in an awkward position " .

Source confirmed the Spanish of the site itself that the U.S. Ambassador to the Security Council, Susan Rice, considered the changes that will subject the draft as a sideline to the authority of the Security Council and it is committed to introducing amendments which turned out at a meeting last Monday, and therefore, we must wait for the final proposal, which will probably be ready today to vote which will be characterized by a remarkably focusing on human rights. And unaware of the independent quality control mechanisms that will be adopted.