Hostage standoff in In Amenas : Morocco expresses solidarity with Algeria, condemns all forms of terrorism 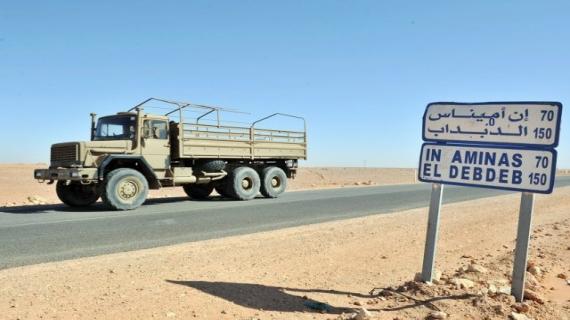 Morocco expressed its solidarity with Algeria against all security threats and condemned terrorism in all its forms.

A statement of the Moroccan ministry of foreign affairs and cooperation said that Morocco has been following with “great concern” the hostage stand off in Algeria that killed Algerian and foreign nationals in In Amenas Gas plant, southeastern Algeria, and expressed “solidarity with the government and people of Algeria against all security threats”, while condemning terrorism in all its forms.

The Kingdom of Morocco also expressed its sympathy with Algerian and foreign victims and offers condolences their families and relatives, calling for a “comprehensive and integrated approach” and for “large cooperation” to face the increasing terrorist threats.