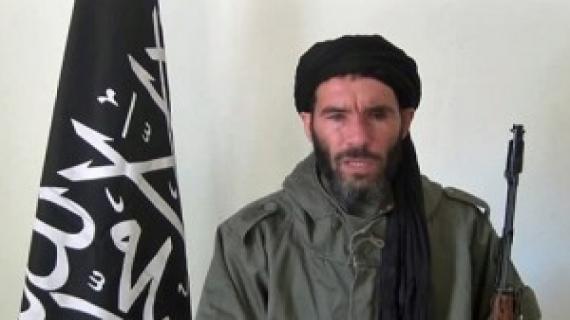 Islamist extremists holding 41 foreigners hostage at an Algerian gas field demanded Thursday the army withdraw from the location so that negotiations can begin, in an interview with Al-Jazeera news channel.

“We demand the Algerian army pull out from the area to allow negotiations,” one of the kidnappers, identified as Abu al-Baraa, told the Doha-based satellite channel.

He also called for the release of Islamist extremists being held in neighbouring Mali. “Our detainees for their’s,” he said.

Abu al-Baraa also told the channel that Algerian snipers had opened fire at the site where the hostages are being held, injuring a foreigner he identified as a Japanese national.

Islamist gunmen killed two people and took 41 foreign hostages in an attack Wednesday at the In Amenas gas field near the Libyan border.

They said the attack was vengeance for the Algerian government’s decision to open its airspace to French warplanes pounding Islamist rebels in neighbouring Mali.

Algeria sent troops to the site, and insisted it would not negotiate with the gunmen.