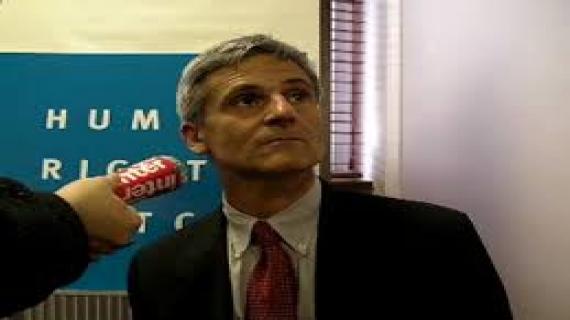 The Algerian regime that is notorious by its authoritarianism is again pinned by human rights organizations which have repeatedly complained for being banned from visiting Algeria and the Tindouf camps.

The latest complaint came from Human Rights Watch (HRW) which deplored the damning situation of human rights in the country. The organization’s Deputy Director for the MENA region, Eric Goldstein, has actually asserted that Algeria is “the only country in North Africa that bans, time after time, human rights NGO’s visits, while these NGOs pay frequent visits to Egypt, Libya, Tunisia, and Morocco.”

For Goldstein, whose remarks were reported last weekend by an Algerian newspaper, “the ban translates the Algerian government’s unwillingness to promote openness and transparency.”

The HRW official explained that even after the lifting of the state of emergency in 2011, a set of pressure mechanisms are still in the hands of the government (…) and “everything remains pretty locked up.”

In the realm of civil liberties, some changes have actually been introduced, but “in the wrong way”, he said explaining that even in the 1990s, “when journalists were murdered, there was more freedom of the press than today.” Besides, he said, “the basic legislation has not really changed.”

In view of this grim situation of Human Rights in the country, Goldstein said he has been “disappointed” by Algeria’s election to the UN Council of Human Rights.

The vice-president of the French Association for the Promotion of Fundamental Liberties, Christophe Boutin, also lashed out at the Algerian regime.

Besides the fact that they regularly turn down Human Rights NGOs’ requests to visit the country, Algerian authorities are opposed to a census of the people sequestered in the Tindouf camps, said the French activist who also denounced the serious human rights abuses committed in these camps.

Pointing out that when someone is defamed, the harm is done as there always remains a trace of calumny, the vice – president of the French Association said the sides that are hostile to Morocco “want more than ever to create disturbances.” Their goal is to abort the Moroccan autonomy plan for the Sahara although this plan was deemed realistic and credible by the international community, he said.